by Vinnie Romano | 3 years ago

Maybe you haven’t read some of the head-turning statistics about the effectiveness of video marketing.  Did you know for example that more than half of consumers want to see more video from businesses, or that 52% of marketers around the globe say that video is the content with the best return on investment (ROI)?

It’s Not Just for B2C Companies

That’s the power of video marketing—but maybe you thought the video was just for B2C companies.  Well, think again.  A well-crafted video posted on social media sites like Facebook and YouTube can be among the strongest marketing weapons in the arsenal of B2B businesses.  According to Vidyard, for example:

“72% of B2B buyers and researchers are watching videos to help them make their buying decisions. And not just a few snippets and clips of video here and there: nearly half of them watch at least 30 minutes of content, according to Google research.”

To Be Successful, You Need to Measure Results

You wouldn’t launch an email marketing campaign without a solid plan to gather analytics data—if you don’t measure results, in other words, you won’t know which subject lines and content are working, and which aren’t.  The same applies to video marketing.  The question, of course, is what aspects of your video marketing campaigns you should be measuring.

Every business and every marketing campaign are different.  That said, there are several key metrics which are critically important to measure the effectiveness of your B2B video marketing, including the following 7:

If you own a B2B business and have been toying with the idea of getting into video marketing, now might be a good time to take the plunge.  A smart video marketing strategy can increase lead generation, boost conversions and drive sales arguably better than any other kind of content.

To learn more about the ways our content marketing, digital, social, inbound and video marketing services will help you grow your B2B business, contact us today. 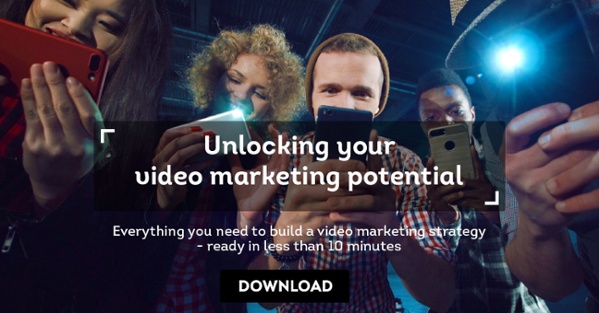